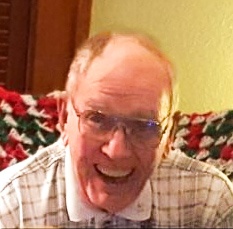 Ronald "Ron" Millhouse, 90, passed away peacefully on December 22, 2021 in Perrysburg, Ohio. Ron was born in Wakeman, Ohio on January 31, 1931 and lived there until adulthood. After high school graduation in 1949, he attended Otterbein University in Westerville, Ohio. In 1951, he was drafted into the Army 2nd Division, and served in Korea for two years. Upon returning to the States, he married his high school sweetheart, Marjorie (Miller) Millhouse on October 24, 1953 at the Congregational Church in Wakeman.

Ron was a talented musician, who grew up singing solos in his church, and played a "mean saxophone"! His war years were spent playing in dance bands for The Officer's Club, and often being asked to sing with popular singers of the day when they toured with the USO. He continued playing in dance bands after marriage at Reineck's Bar, The Wonder Bar, and The Half Way Inn, as well as other venues in Norwalk in the late 50's and early 60's.

His employers included Cass Trucking, Chapin and Chapin, Hileman Constrwuction, and trucking companies 3-C Highway, Motor Express, and at 62, he retired from Consolidated Freightways. He was former member of the Operating Engineers Local 8 and a standing member in Teamsters Local 20.

He was preceded in death by his parents, Harold ("Weezer") and Lucille (Wooden) Millhouse of Wakeman, Ohio; his wife, Marjorie M. Millhouse; and his granddaughter, Leyla Millhouse.

Friends may call on Wednesday, January 5, 2022 from 11:00 AM until time of services at 1:00 PM at the Morman Funeral Home, 16 Cooper Street, Wakeman. Burial at Wakeman Cemetery will take place at a later date.

In lieu of flowers or donations, go hug your family members. That's what Ron would have said to do!

To order memorial trees or send flowers to the family in memory of Ronald Millhouse, please visit our flower store.