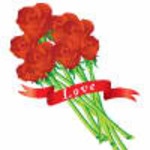 Arnold G. Hardwick, 65, of Wellington, passed away on March 3, 2016 at New Life Hospice in Lorain. He was born on September 12, 1950 in Somerset, KY, and has lived in the Wellington area for most of his life. He worked at Ridge Tool in Elyria for 41 years, retiring in 2012. His hobbies included golfing and woodworking. He enjoyed traveling with his in-laws, spending time with his family and going to casinos. He is survived by his wife of 45 years Cindy (Butler), his two sons, Matthew (Lisa) Hardwick, of Wellington, and Brad Hardwick, of Wellington, five grandchildren, one great-granddaughter, a brothers Ray (Geri) Hardwick, and Lloyd Hardwick, of Wellington, a sister Linda Clark, of Wakeman, and several nieces and nephews. He was preceded in death by his parents Robert and Edna (Randolph) Hardwick, and two brothers. Friends may call on Sunday from 2:00 pm to 5:00 pm at the Morman Funeral Home, 16 Cooper Street, Wakeman. Private services will take place at a later date. Burial will take place at Camden Cemetery. Online condolence may be left at mormanfuneralhome.com In lieu of flowers, contributions can be made to New Life Hospice.

To order memorial trees or send flowers to the family in memory of Arnold Hardwick, please visit our flower store.