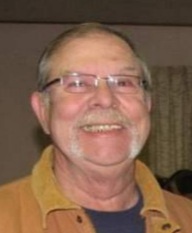 Charles "Joe" Stanley, 69, of Huron, OH passed away February 27, 2021 at his home. He was born January 4, 1952 in Amherst, OH and attended Keystone High School. He went on to work as a truck driver for E&L Transport. He also operated his own semi-truck for several years. He was an avid motorcycle rider and musician. He loved gospel, bluegrass, and country music. He played guitar and sang. He loved four-wheeling and camping, and being around family. He enjoyed remodeling houses and loved old cars. He passed a lot of his talent and interests down to his family, but he would give up all of it to be with them.

Joe was a jokester and a prankster. He was a Class A Aggravator, but it was all in good fun. He was very protective over his family, and would do anything for them. He was a great mechanic and could fix just about anything. He was extremely stubborn, and could argue about anything. He could sell you your own shirt and make you think you got a deal. He always said what was on his mind - he was very blunt. He was liked and loved by many, and he will be greatly missed by all.

Friends may call from 11:00 AM to time of services at 12:00 noon on Wednesday, March 3, 2021 at Morman Funeral Home, 16 Cooper Street, Wakeman. Burial will follow at Evergreen Cemetery in South Amherst.

Memorial donations may be made to Stein Hospice at 1200 Sycamore Line, Sandusky, OH 44870.

To order memorial trees or send flowers to the family in memory of Charles Stanley, please visit our flower store.