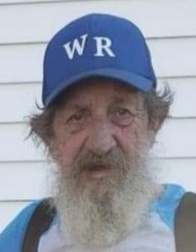 Curtis L. Conley, 69, of Collins, OH passed away January 1, 2021 as a result of pneumonia and stage 4 lung and liver cancer. He was born March 22, 1951 in Pearisburg, Virginia. He retired in 2016 from Certain-Teed in Avery after 45 years of employment. His life of 69 years included being married to his wife, Barbara (Ring) Conley, for 46 years. He was a great father to son, Benjamin (Danielle) Conley, and daughters, Jennifer Conley and Katie (Peter) Clark. Curt was extremely proud of grandchildren Alexandra, Kyle, Lauren, Cara, Isaiah, Delaney, Aaron, Christopher, Lillian, Owen, Kathy, and Jordan, and amazed by great-grandchildren Oliver, Marz, Lino, Declan, Cooper, Brinlee, Everly, and Oaklyn, and last but not least, Echo, the cat.

Curt enjoyed coaching t-ball, hunting, fishing, attending school and sporting events of his children and grandchildren, and watching all the old western shows. He was forever a fan of the Pittsburgh Steelers and Cleveland Indians.

Curtis was always ready with a quick joke. He was outgoing and never knew a stranger. If you met him, you were a friend. He enjoyed being outside, and could often be seen driving his golf cart around town.

A drive-by closed-casket viewing will be at Camp Conley, his home, at 2597 South Railroad Street, Collins on Tuesday, January 5, 2021 from 1:30pm to 2:30 pm. Please drive through, stop for a moment to recall a memory, enjoy the music of Creedence, then flash your lights and toot your horn as you leave. Burial will follow at a later time at Collins Cemetery.

Curt will be buried wrapped in a quilt made by his mother, wearing a Pittsburgh Steelers shirt, jeans, and suspenders, with a Western Reserve hat, an American flag in a custom handcrafted casket built by his son, Benjamin Curtis Conley.

Instead of flowers or memorial donations, please jot down a memory about Curt and then send to Barb, Ben, Jen, or Katie. Barb wants to put together an album/book of stories, etc. to have for his family. This is especially important for his young grandchildren and great-grandchildren to know and remember their PawPaw. A Celebration of Curt's Life will be held at a later date.

To order memorial trees or send flowers to the family in memory of Curtis Conley, please visit our flower store.