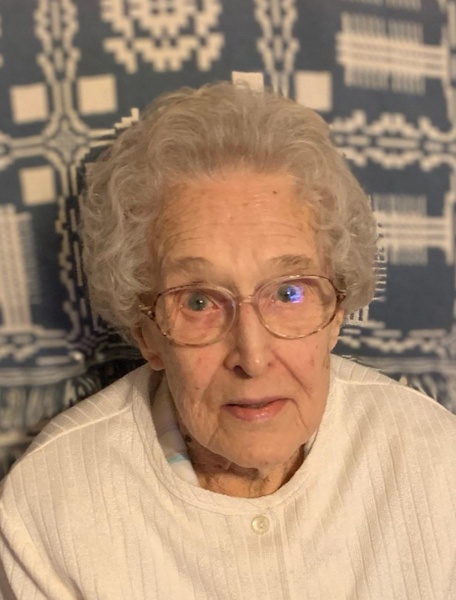 Dorothy W. (Clark) Nichols Kadow, age 101, of New London, passed away on July 26, 2020. She was born in Sandusky, where she attended school and graduated in 1937. She was a secretary most of her life, retiring from Triplett Insurance in New London. Dorothy married Clifford B. Nichols in 1941, and after he passed in 1970, she married Cloyde Kadow in 1978. Dorothy was an active member of the Clarksfield United Methodist Church. She loved boating and fishing, was an avid Cleveland Indians Fan, she loved to crochet and knit, and loved the church bazaar.

Friends may call on Thursday, July 30, from 10:00am until time of services at 12:00 noon. The family encourages anyone who considers themselves high risk to join them at Clarksfield Methodist Cemetery for the graveside service at 1:00pm. Services will be live-streamed on the Morman Funeral Home Facebook page.

Memorial contributions may be sent to the Clarksfield United Methodist Church at 5151 Zenobia Road, Wakeman, OH 44889.

To order memorial trees or send flowers to the family in memory of Dorothy Kadow, please visit our flower store.