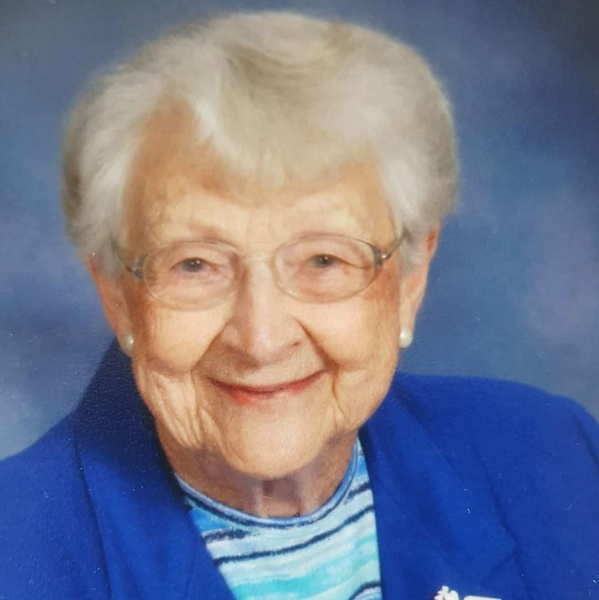 Ethel Lois Smith, age 95, of Berlin Heights, passed away peacefully August 4, 2020 at Stein Hospice Care Center in Sandusky. She was born in Norwalk and spent most of her life in the Berlin Heights area. She married her late husband, Donald Smith, October 28, 1944, and raised nine children. Ethel was the oldest living member of the Berlin Heights First Congregational United Church of Christ, where she served as Children's Choir Director, Sunday School Teacher and was active in Women's Fellowship. She was a charter member of the Berlin Township Fire Debs, a 4-H Advisor for 57 years, the Basket Festival Citizen of the Year, a member of the Berlin Echoes, and an active member of The Grange.

Ethel was feisty and sassy, but patient and kind, and was friends with everyone. She was forgiving. She set an amazing example of love for both her children and the community. She loved her children, and they loved her.

Friends may call Thursday, August 6, from 4:00pm to 8:00pm at Berlin Township Fire Station on the corner of Route 61 and Hill Road. Private family services will be held. Burial will be at Riverside Cemetery.

To order memorial trees or send flowers to the family in memory of Ethel Lois Smith, please visit our flower store.