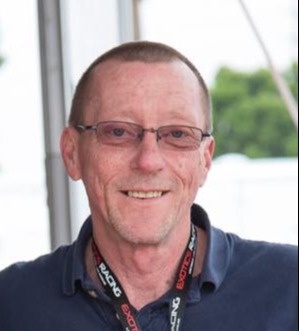 Jeffery Collinsworth, 61, of Huron, OH passed away in his home on July 5, 2022. He was born June 14, 1961 in Sandusky, OH where he attended Huron High School. He went on to work in the automotive industry for over 35 years, most recently at Kasper Buick GMC.

Jeff was raised in Huron, OH where he met the love of his life, Debbie. They were married in 1986 and had two amazing boys. Jeff was a loving son, father, and Papa, and was always present for his family, attending sporting events and all of life's important moments. He was happiest when he was teaching his grandchildren about anything and everything. Jeff could fix anything and loved working on cars, sharing this love to his son and nephews. In his free time, he loved boating, camping, fishing, showing off his master grilling skills, and telling his favorite stories around the campfire with a Natural Light in his hand.

Memorial donations may be made to Alzheimer's Research (www.alz.org) or the Juvenile Diabetes Research Foundation (www.jdrf.org).