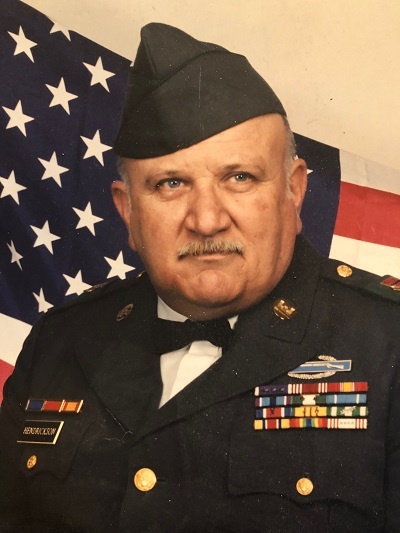 Louis Hendrickson I, 76, of Norwalk, passed away on February 23, 2018 at his home. He was born on September 29, 1941, East Hampton, CT and has lived in Ohio since 1973. He served in the US Army during the Vietnam Conflict and rose to the rank of Sgt. in the 25th Infantry. He worked for Shan-Rod in Berlin Heights. Over the span of 32 years, Louis traveled around world for his work. He enjoyed playing Cribbage, watching western and war movies, and spending time with his family. He was a life member of the Norwalk VFW. He is survived by a son Louis Hendrickson II, daughters Dianna Hendrickson, Rhonda Sternberg, and Penny Straughn, seven grandchildren, numerous great-grandchildren, all of Norwalk, a brother Edward Hendrickson, of CT, and a brother in law Charles Acord, of Avon Lake. He was preceded in death by his wife Shelby (Acord), his parents Edward and Pauline Hendrickson a sister Ella Rosano and two brothers Alfred and Leslie. Friends may call on Wednesday from 11:00 am until the time of services at 1:00 pm at the Foundation Church, 87 West Main Street, Norwalk. Burial with military rites will take place on Saturday at 2:00 pm at Riverside Cemetery, Berlin Heights. Online condolences may be left at mormanfuneralhome.com Memorial contributions may be made to the Foundation Church.

To order memorial trees or send flowers to the family in memory of Louis Hendrickson, please visit our flower store.