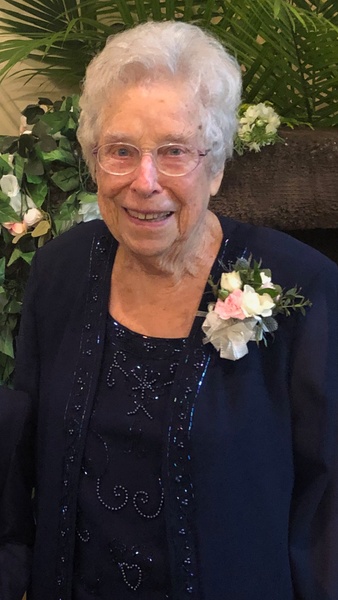 Patricia A. Wolf, 94, of Wakeman, OH passed away January 3, 2021. She was born February 23, 1926 in Detroit, MI and graduated from Brighton High School. She attended Oberlin Business School, and later worked in the purchasing department at Oberlin College. She was a member of St. Mary's Catholic church in Wakeman and was a member of its Altar Rosary Society. She loved to travel and had visited most states; she traveled south in the winter to Pine Island, FL. She loved the Cleveland Indians, playing cards with friends and family, playing bingo, reading, and bowling. She also enjoyed being outside, canoeing, golfing, and camping. Patricia also enjoyed attending her grandchildren's sports games throughout their high school and college careers, rain or shine. She loved her grandchildren and their friends, even her grandchildren's friends called her "grandma".

Private family services will be held, with burial at St. Mary's Cemetery. A Celebration of Life will be held at a later date.

To order memorial trees or send flowers to the family in memory of Patricia Wolf, please visit our flower store.