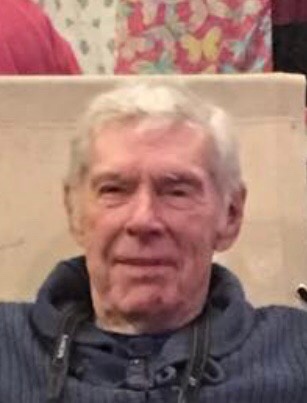 Monday evening, Dick Munroe lost his fight with cancer and has left this life to be with his wife, (Ruth) "Joyce," who recently passed in May.

Dick was born in Lakewood City Hospital and was raised in the Bay Village and surrounding areas along with 3 siblings. He grew up attending Saint Barnabus Episcopal Church and was a Boy Scout thru his youth which lead to his service as a Boy Scout Troup Leader to his Sons.

Shortly after graduating High School, Dick enlisted in the US Navy. He completed his initial training at US Navscon, Port Hueneme in California. It is there, that he and Joyce we married and started their lifelong journey of 62 years.

Dick was part of the United States Naval Construction Battalions, better known as the Navy Seabees. He graduated top of his class as a Construction Technician Second Class, where he spent some time in Cuba establishing Electrical Infrastructure in Guantanamo Bay.

After his time with the Navy, Dick and Joyce returned to Bay Village where they started their family of 6 Children. In 1972, they relocated to a country home on the Vermillion River in the Village of Wakeman.

Dick's Training in the Navy established his career as an Electrical Engineer, where he worked for Lake Erie Electric, retiring as Vice-President in the early 90's. He spent much of his career designing electrical systems and infrastructure in Ford Motor Company production facilities around the US, including Lorain and Avon.

Dick enjoyed the outdoor country living. He would take in various farm animals in support of his children. He was a photographer with a passion of black and white, developing many of the pictures himself. He enjoyed bow hunting with his family and friends, mainly for the comradery of the event.

Dick was also a Car enthusiast. He spent many hours wrenching on cars, and participated in autocross racing events around the area. His favorite vehicles were the Austin-Healey BugEye Sprite and Pre-70's Mini Coopers.

Most importantly, Dick was a family man, supporting all of the events of his children and many grandchildren.

Dick was preceded in death by his father, John G Munroe, mother, Eleanor (Frees) Munroe, son, Terry "Munce" Munroe in January 2011, and his wife, Joyce in May 2019.

He is survived by his children Sherrie (Bill) Gerstenberger, Debbie Stewart, John (Diane) Munroe, Chris (Lisa) Munroe, Michelle Munroe. He also has 14 Grandchildren and 21 Great Grandchildren that will forever remember their Grandpa.

Dick and Joyce were avid supporters of St. Jude's Children's Research Hospital, where memorial contributions can be made.

Friends may call on Thursday from 6:00 to 8:00 at the Morman Funeral Home, 16 Cooper Street, Wakeman, where services will be held on Friday at 1:00 PM. Burial will follow at Wakeman Cemetery.


To order memorial trees or send flowers to the family in memory of Richard "Dick" Munroe, please visit our flower store.