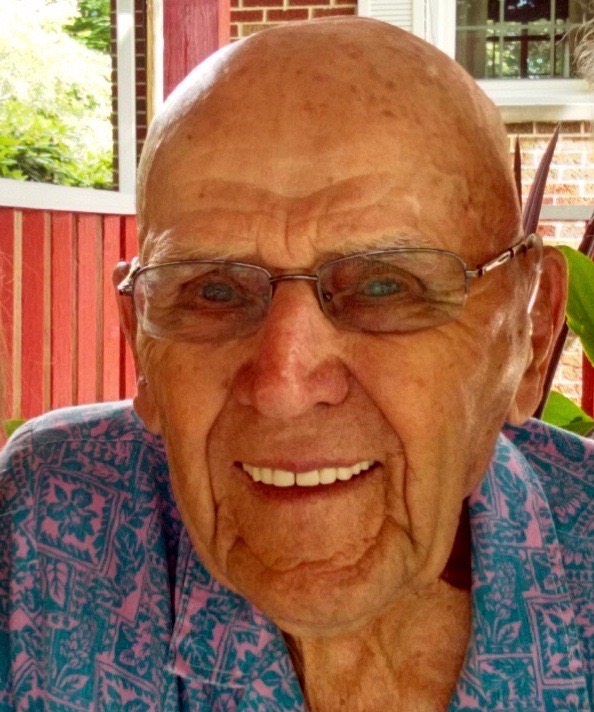 Thomas (Tom) Cline, 97, of Berlin Heights, was welcomed into his heavenly home
December 23, 2021, following a lengthy illness. His final days were spent at Stein
Hospice Care Center. Tom was born April 11, 1924, in Sandusky, Ohio to the late
Steward and Hedwig (Fettel) Cline. He was a 1942 graduate of Birmingham High
School and was a World War II US Army veteran.

Beginning 30 days after D-Day until the war's end, Tom served in campaigns across
northern Europe as part of the 2nd Infantry in the 5th Division of the 3rd Army and was
awarded the Purple Heart. Upon returning home from the war he worked on the family
farm and meat market. He also sailed on ore ships across the Great Lakes.

Tom married Marguerite (Dolly) Angelo on March 11, 1950. Tom was an owner/operator
truck driver for 25 years hauling heavy machinery across the country to all 48-
states. In the mid-1960's, Tom and Dolly opened Pin Oak Lake Park in Florence
Township, where they operated as co-owners until retirement in 1987. Tom and Dolly
traveled across the country by motorhome for many years making numerous friends
along the way. They also traveled to Alaska, Australia, and China. For the past 10
years, Naples, Florida was their home away from home during the winter.
Tom was an avid bicyclist for over 30 years and a member of Silver Wheels Cycling
Club. He participated in numerous cross-state road trips and continued riding locally
into 2021.

Including his parents, Tom was preceded in death by his wife of 69 years, Dolly; a newborn daughter; and his siblings, August Cline and Alice Wharton.

Friends may call on Monday, January 3, 2022, from 10:00 AM until time of services at 12:00 PM at the Morman-Hinman-Tanner Funeral Home, 38 South Street, Berlin Heights. Burial will follow at Birmingham Cemetery. The family requests visitors
wear face masks.

Memorial contributions may be made to Stein Hospice Services at 1200 Sycamore Line, Sandusky, Ohio 44870 or to one's charity of choice.

To order memorial trees or send flowers to the family in memory of Thomas Cline, please visit our flower store.